What's on your mind?

This is the place to talk about your favorite topic, to share news, theories, ideas, and to connect with others. The content from your Forum has been converted to Discussions posts, so nothing has been lost.

To learn more about what you can do here, check out community.wikia.com/wiki/Help:Discussions

If you're an admin on this community, read more about how you can customize your Discussions and set up guidelines for contributors: community.wikia.com/wiki/Help:Admin_and_Moderator_Tools_in_Discussions

As seen in AKBINGO! and other TV Show pages in AKB48 Wikia, I have made multiple tabs. Here's how I made some of them:

First, I make the tabs for what's going to be appearing inside the multi-tabs. (labelled as "1st set")

Next, I make another separate set of tabs for what would be the secondary tabs would be. Notice that the tabber function for this set would be different from the earlier one, but it still functions in the same manner. (labelled as "2nd set")

If you click preview, you'll now see that the 1st set of tabs will now be in the 2nd set. Since I made "Generations" as an example, the same tab will show up in each group.

In Nogizaka46 × HKT48 Crown Program Battle, I only "attached/inserted" two pages (HKT48 Tonkotsu Magical Girls' Academy and NOGIBINGO!) to create the illusion that it's still a content of the page.

To avoid including the whole content of the page I am inserting, I add the "noinclude-/noinclude" function on the ones I want to leave out.

The result will give another kind of multiple-tabbed page. 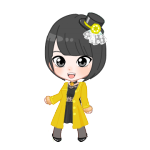